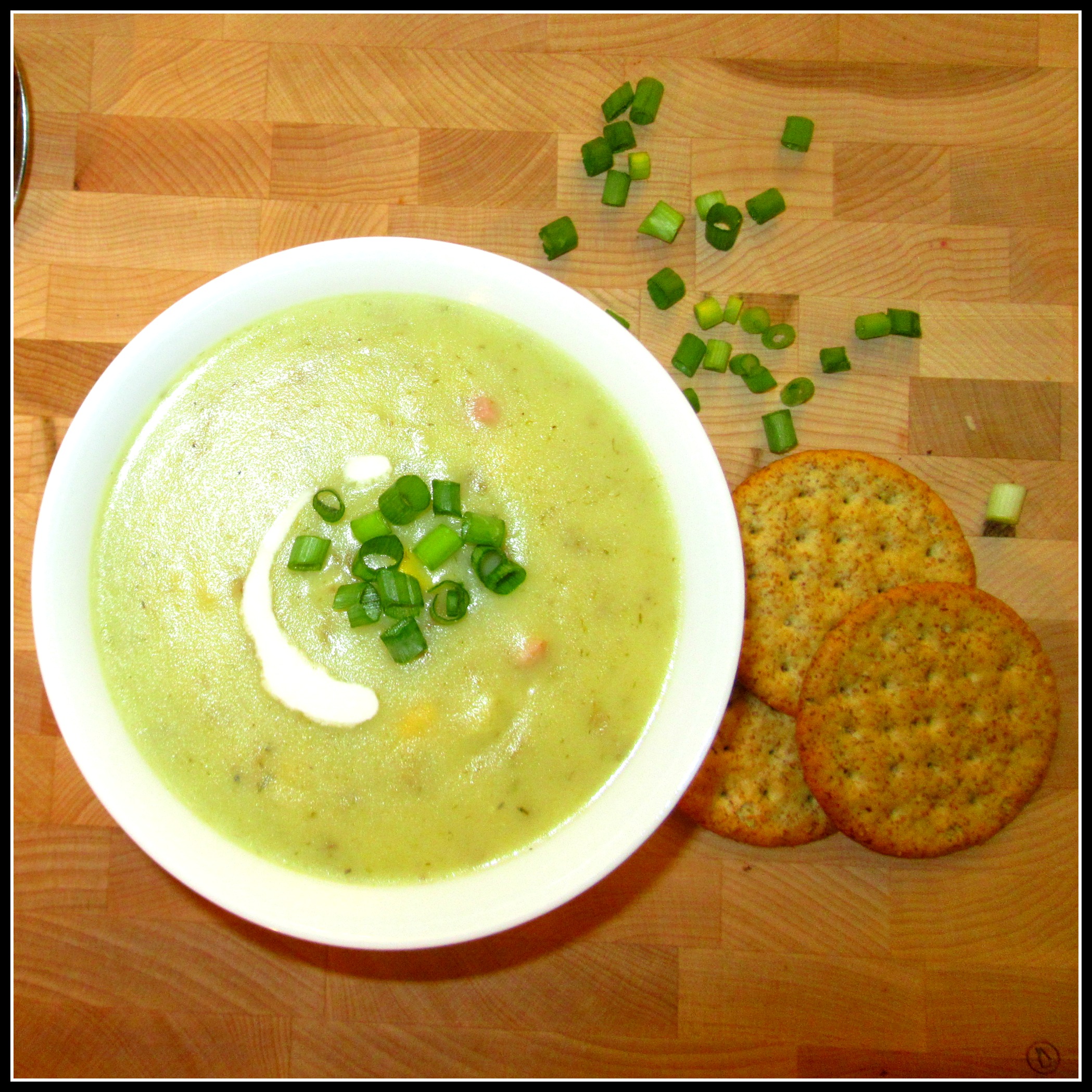 I have had a long-term love affair with potatoes. It began when I was just a child.  When I was a kid I loved making mashed potato volcanoes with gravy and devouring creamy scalloped potatoes. I was seriously excited when my mom told us they were on the menu! My hubby is no different. Whenever I am cutting potatoes he sneaks one off my cutting board and will eat it raw!   I’ve told him I’m not sure if its particularly good for him…

My love for cooked potatoes has spread to other dishes as well like this Potato Leek Soup.  It is smooth, flavourful and filling. Having potatoes as the starring ingredient in a soup makes me and my family very happy! Before I get my first serving I’m already telling myself I want seconds!

Now, you should know that I am always up for a good deal or a great sale.  I was buying groceries awhile back and stopped dead in my tracks.  I saw a 15lb bag of potatoes!! I thought of all the dishes I could use them in.  Part of me thought I might not be able to get through them all but I accepted the challenge and my Potato Leek Soup was born!

Let us walk through how to prepare this simple Potato Leek Soup recipe:

First things first, thoroughly wash the leek and slice it up.  Dice the onion and don’t worry about cutting it evenly.  It will all be pureed later.  Once the leek and onion are cut throw them in the pot and cook until softened. Season with garlic, salt, pepper and thyme.

Next you’ll need to throw that huge pile of chopped potatoes into the pot, along with the broth and bay leaves. Try not to lose those bay leaves when your soup is cooking. As much as possible keep them at the top when you stir because you don’t want to puree them!

Once the potatoes have softened use an immersion blender and puree until smooth.  Next stir in the cooking cream, cheddar cheese, ham and corn.  Heat through and serve.  You can top it with green onions, a little extra grated cheese or fresh parsley. It’s also nice to have some crackers or cheesy bread to dip in your soup.

If you make this recipe take a picture and tag me on Instagram at thelittlemomaid. Oh, and don’t forget to share!

Here is the recipe:

Hello and Welcome! I'm Yu Lan, the founder of The Little Mom Aid and mama to 3 littles. I created this blog to share my motherhood and parenting journey and provide fun and creative kids' activities for you. Stay a while and take look around!